The Theater of San Giacomo 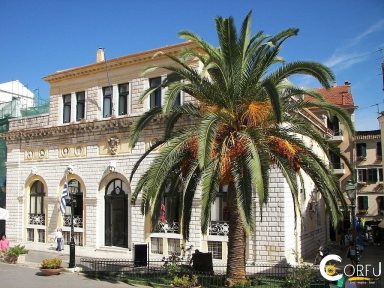 The theater of San Giacomo , or else the theater of St. James , was theater in Corfu , which became the center of Greek opera between 1733 and 1893 . Despite the provincial origins attracted Italian musicians and composers , many of whom were residents of Corfu and contributed to the local music scene . The theater served as a catalyst in this cultural interaction and gave impetus to the development of the Ionian School of music The Corfiot composer Nicholas Halikiopoulos Mantzaros was the recipient of the synergy between the Italian and Corfiot music tradition .

The theater of San Giacomo was named a Catholic cathedral in Corfu. Established in 1693 as a gathering place of the Venetian nobility of Corfu , was converted into a theater in 1720 and became the first modern theater founded in Greece . Originally theater staged plays, but in 1733 an opera went there for the first time . The opera was probably the JA Hasse libretto of Aurellio Aurelli, «Gerone, tiranno di Siracusa». Operas organized continuously , especially from 1771 until 1892 , when the theater was converted to City Hall .
The musical tradition founded by the theater is particularly important for the history of modern Greek music since helped to establish the presence of Greek music in a time when the Greek state did not yet exist . [ The theater staged the kind of comic opera that is known as opera buffa, which was less complex and therefore more economical than the opera seria.
The staff of the Opera San Giacomo was mainly from southern Italy . The opera was nonstop turmoil at times , for example , upon arrival of the French in 1797 . In 1799 , during the Russo - Ottoman siege continued his theater performances , even if the foreign opera companies were not able to leave the island because of its exclusion. The performance , in such a difficult time , it was used as a propaganda tool for the raising morale of the population .
The theater attracted many Italians professional musicians who came to Corfu as teachers , as well as composers and performers . This resulted in the creation of an appreciation for music among locals and gradually led to the emergence of the first music professionals Corfu, which , in turn , became the first professional musicians of modern Greece . The Corfiot Spyridon Xindas , for example , wrote the Greek opera candidate , which became the first opera composed exclusively Greek libretto and played at San Giacomo in 1867 .
The oral tradition showed that operatic performers who found success in the theater , were honored with praise «applauded in Corfu» (" applauded in Corfu" ) , as a tribute to discerning musical taste of the public of the island .
The theater was replaced by the Municipal Theatre of Corfu in 1902 . The Municipal Theatre and the historical archives , many of which belonged to the San Giacomo Theatre , destroyed during the aerial bombing in 1943 .

Directions - The Theater of San Giacomo

Directions - The Theater of San Giacomo

Places and Businesses nearby - The Theater of San Giacomo